Guarda le pubblicità storiche Ambrosoli
Play Video
A reality that is handed down, evolves and continues to make people dream.

The start of the business is strongly linked to the person of the founder, Giovanni Battista Ambrosoli, whose peculiar personality, enriched by a substantial wealth of experience, characterized the first stages of the company’s development.

Giovanni Battista Ambrosoli was born in Como in 1882. After having obtained the diploma of industrial chemist at the Technical Institute of Winterthur (Zurich) and after having worked in the chemical field for several years in German Switzerland, he comes back to Italy in 1906 .

His settles in 1906 in Ronago (Co) iin order to manage the farm of his paternal grandmother which was left without a guide.

In this period of activity he always keeps alive the interest in chemistry studies.
However, his passion for beekeeping arose by chance: “I became a beekeeper because I was a passionate consumer of honey”.

In a few years he develops a modern beekeeping and begins to pack honey in jars, with particular regarattention to the quality of the raw material.

His main idea was to put a product in stores that could meet the consumer’s expectations. He thus generates trust and a positive image in the Brand and in the Company.

Officially the company G.B. Ambrosoli was born with the registration with the Como Chamber of Commerce in 1923.

The new product begins a rapid diffusion thanks also to the recently invented radio advertising which gave the possibility to make known to the public the merits and values of Honey.

In harmony with this activity, in 1930 he starts the production of candies filled with honey and at the same time, starting from beeswax, he created the “Ambra Wax” for floors and furniture.

The years after 1930 saw a good development of the work also because the Founder received great help from his eldest son Constantine who worked for almost a year in the United States of America.

My father, in the fifties, told my brothers and me: I leave you full freedom to run the company, but remember only one thing, the most important: you will never have to add anything to Honey! 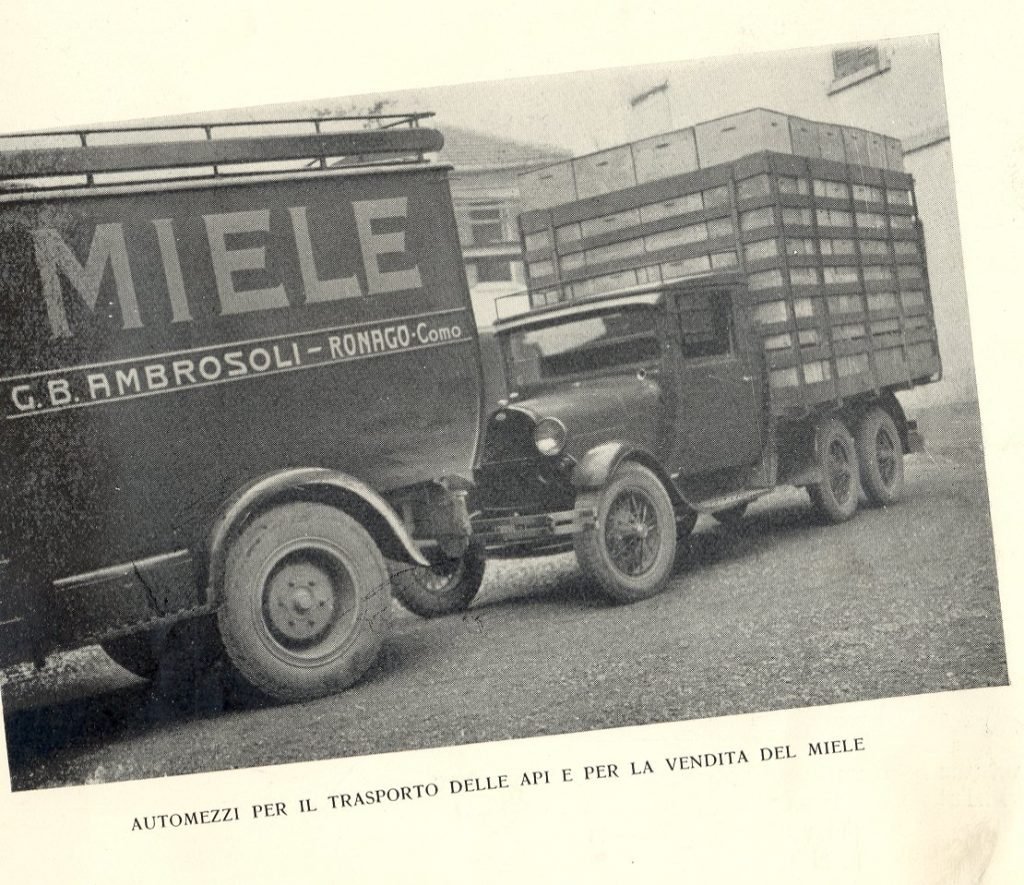